Julia Morgan was born and raised in the San Francisco Bay Area, and was a pivotal figure in American architecture. She was a leading architect of the First Bay Area Tradition, a design style that embraces many of the concepts fundamental to today's green movement in architecture. The style incorporates the concepts of sustainability, the use of local and natural materials and integration with the surrounding landscape.

Julia’s best known commission was Hearst Castle. She practiced for nearly 50 years and designed more than 700 buildings making her the most prolific architect of her time. Over 100 of those buildings were designed for women's organizations, including dozens of clubhouses for women.  These spaces allowed women to take a more active role in public life.

The crowning jewel of Julia Morgan’s work in Marin, the Sausalito Woman’s Club sits atop a steep lot overlooking San Francisco Bay at 120 Central Avenue, in the hills above the old downtown. The views of the bay and the San Francisco skyline are breathtaking. On a clear sunny day, with the blue water below and the lush Mediterranean hillsides all around, the setting resembles picture-postcard villages on the Italian coast. The Woman’s Club still functions the way Morgan designed it (for a fee of $280; the construction cost $5727.50), with only modest upgrades and two small additions since it opened in 1918. Morgan created a masterpiece of site-sensitive First Bay Tradition architecture, a uniquely Bay Area style noted for its emphasis on craftsmanship, natural materials, and environmentally sensitive design.

Morgan, who designed more than two dozen women’s clubs and YWCAs across the western United States between 1913 and 1929, had a national reputation for such work by the time the Sausalito Woman’s Club was formed. Nevertheless, the group first conducted a thorough study of seven other women’s club buildings in the Bay Area and considered hiring San Francisco architect William Faville before settling on her. Morgan was working on the Asilomar Conference Center in Pacific Grove for Phoebe Hearst at the time, as well as a massive foundation for a Hearst residence above the Sausalito waterfront (the house was never built, but the foundation is still there).

The clubhouse is constructed of redwood, with floor- to- ceiling windows along the east and west sides for unobstructed views of the bay and hills. The facade incorporates several balconies to further capitalize on the natural setting and create an indoor-outdoor effect. The exterior is sheathed in redwood shingles, integrating the building aesthetically with its surroundings. In 1923 Morgan also designed a second-story boardroom, with panoramic views on all four sides.

The clubhouse interior has a warm, welcoming ambiance, with an auditorium that seats up to 300 — a light and open space with hardwood floors, board-and-batten redwood paneled walls, and an open-beamed peaked ceiling with massive wooden trusses along the east and west ends. The raised stage is at the north end; off the south end, an entry hall with a redwood staircase leads to the boardroom. A kitchen was built on the southwest corner in 2006. Seismic upgrades were made in 1994 and all the lighting was updated, with some of the old fixtures re-created to look like the originals.
​
In 1979, the Sausalito Woman’s Club became the first historic city landmark in Sausalito, and in 1993 it was added to the National Register of Historic Places — fitting tributes for an architectural gem designed for a group of independent women by America’s first independent female architect. 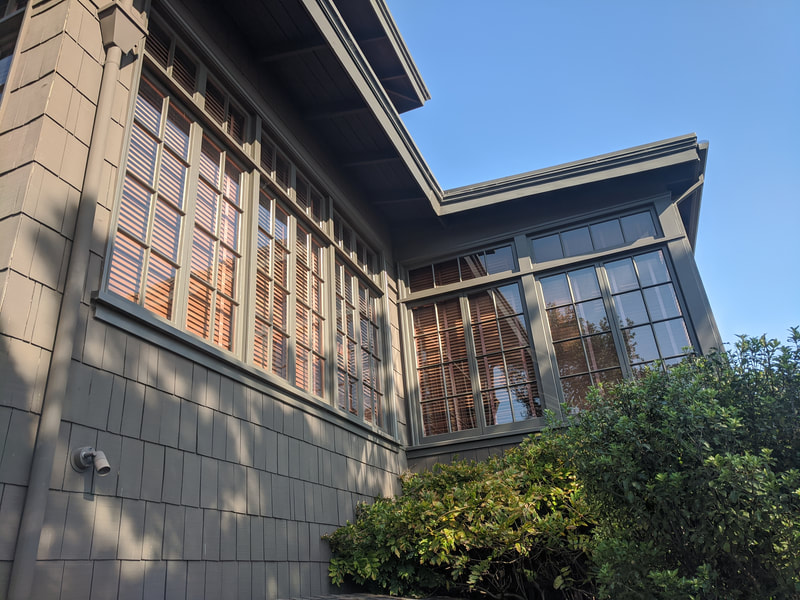 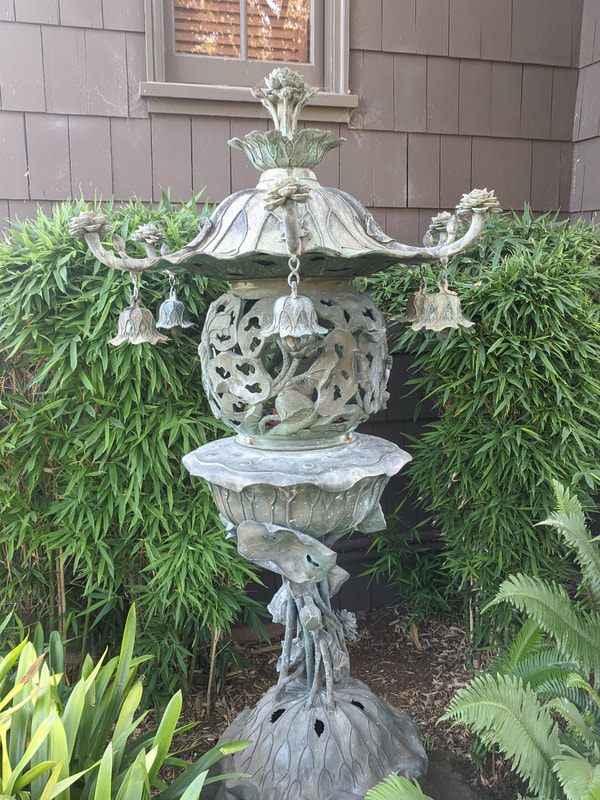 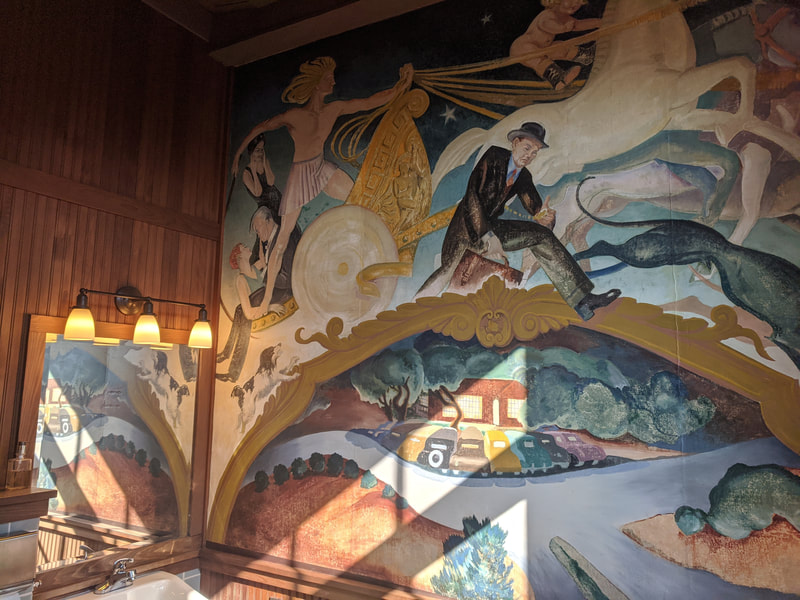 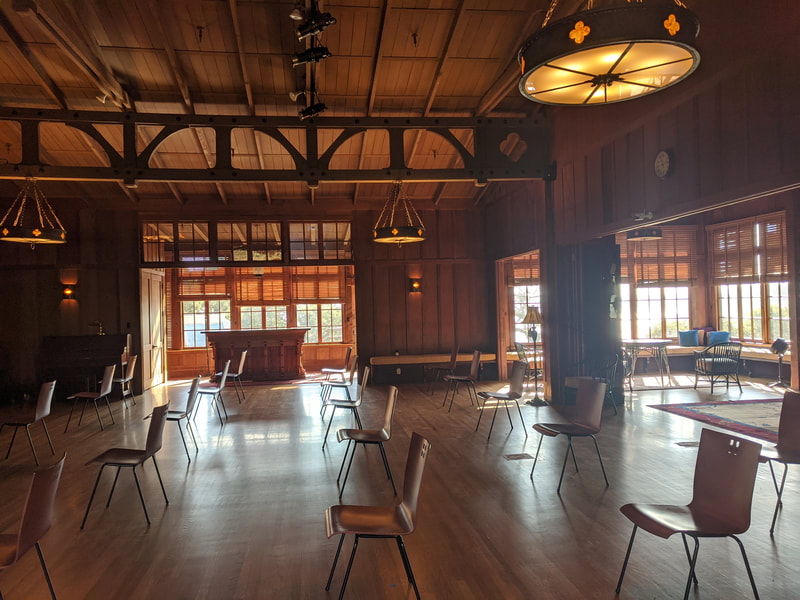 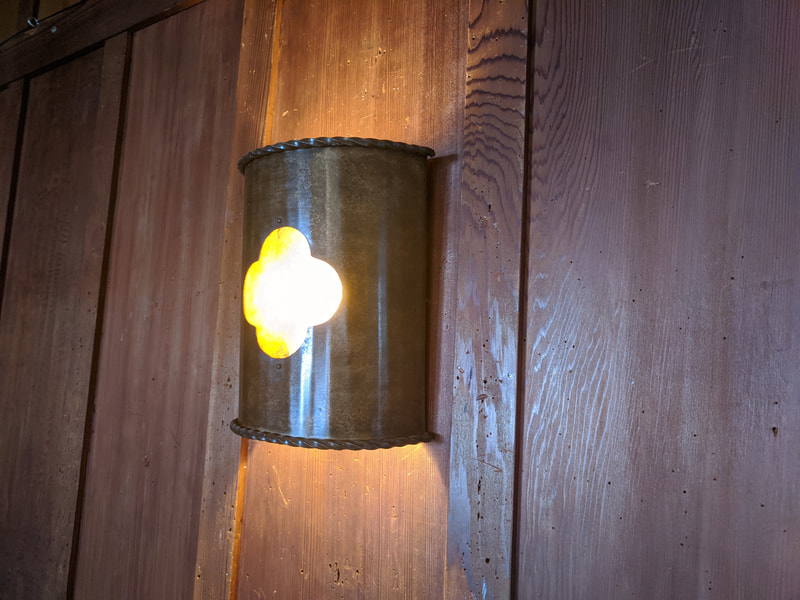 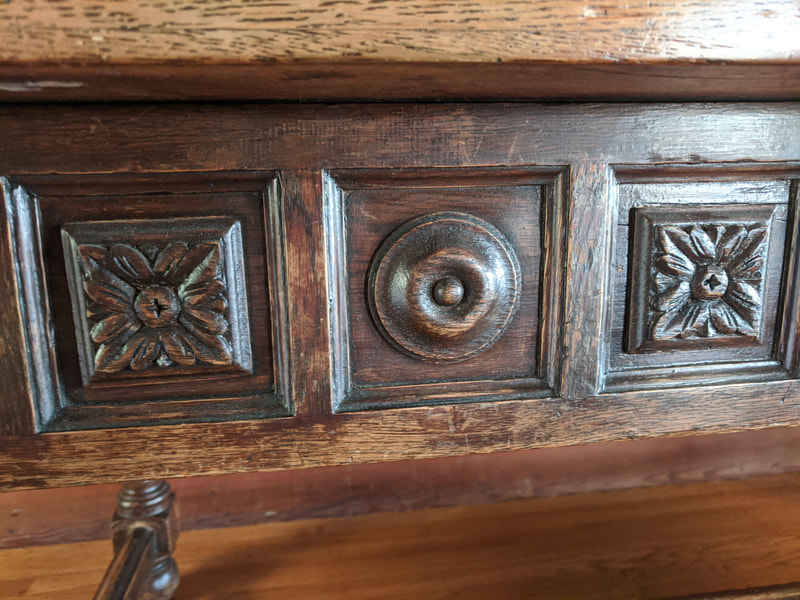 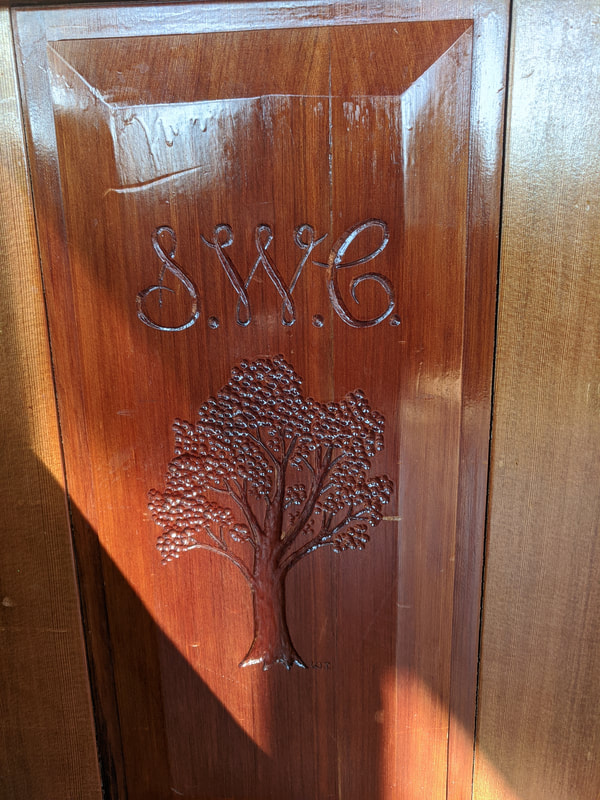 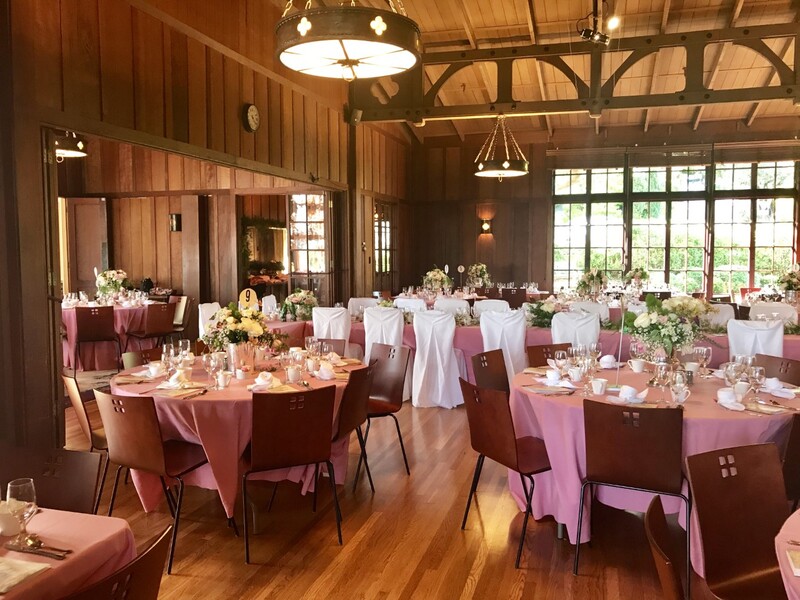 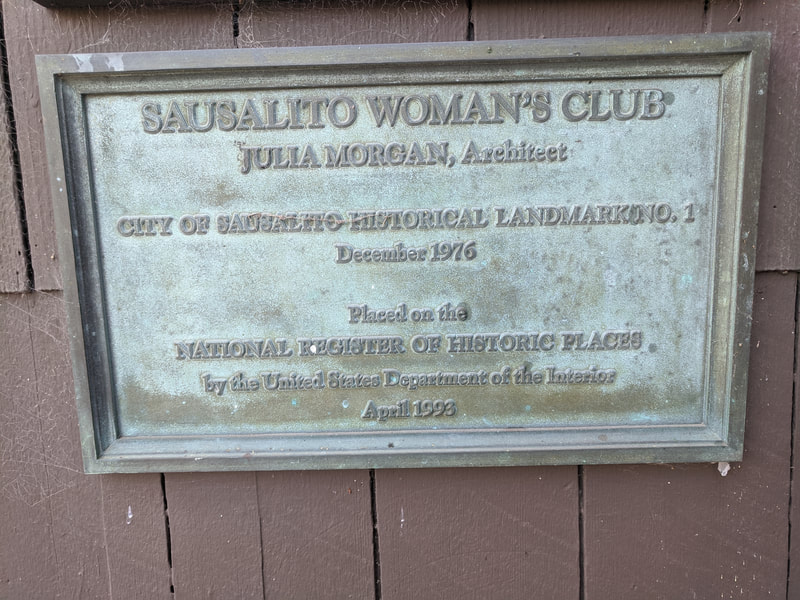 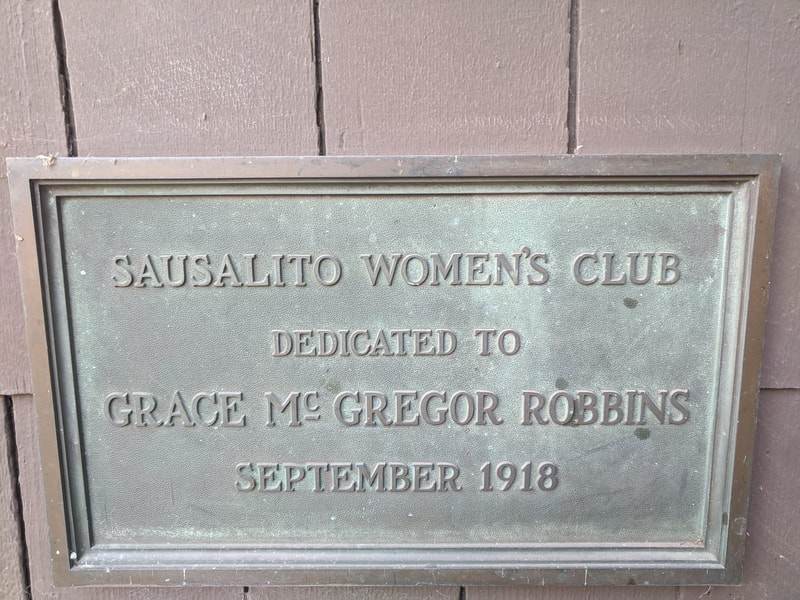 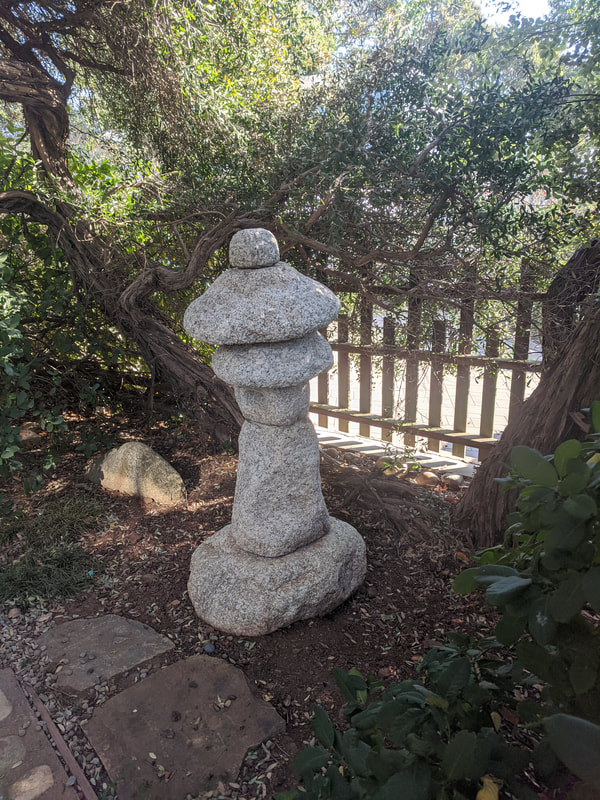 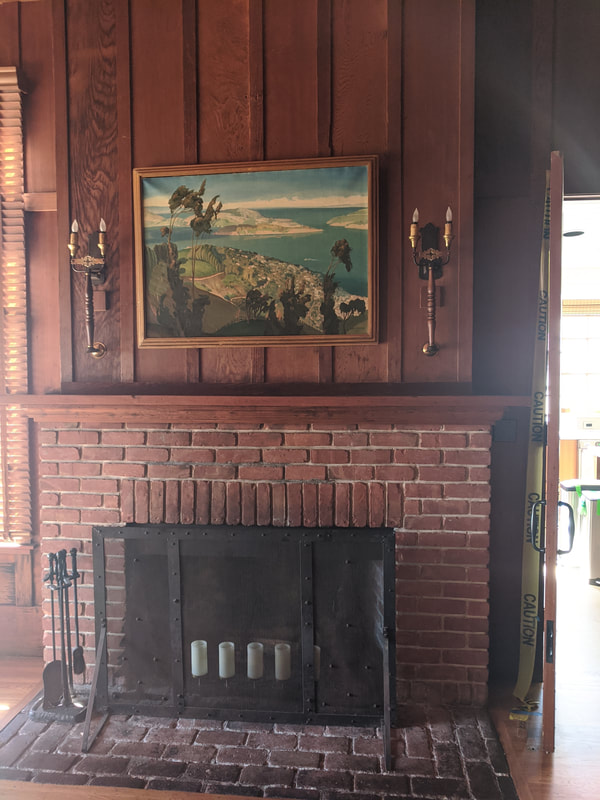 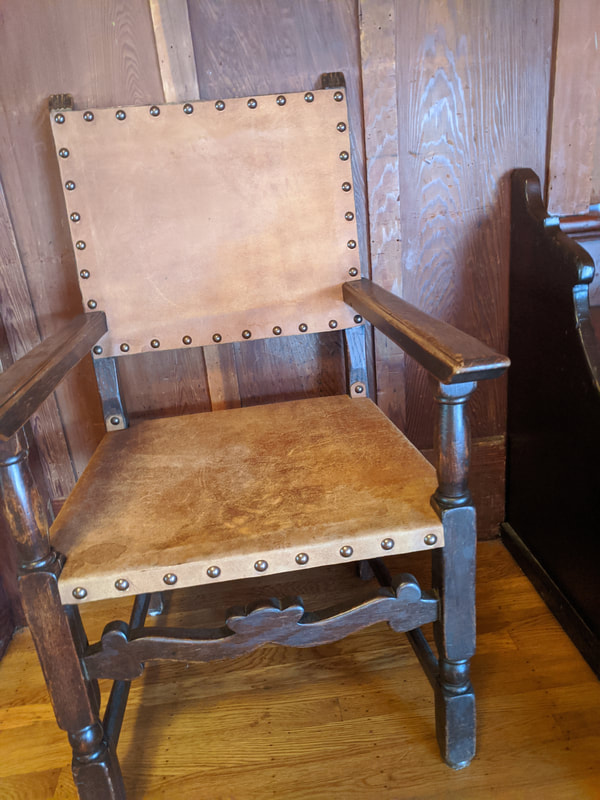